BJP “Seems To Be In Hurry,” Taunts HD Kumaraswamy Over Trust Vote: 10 Points 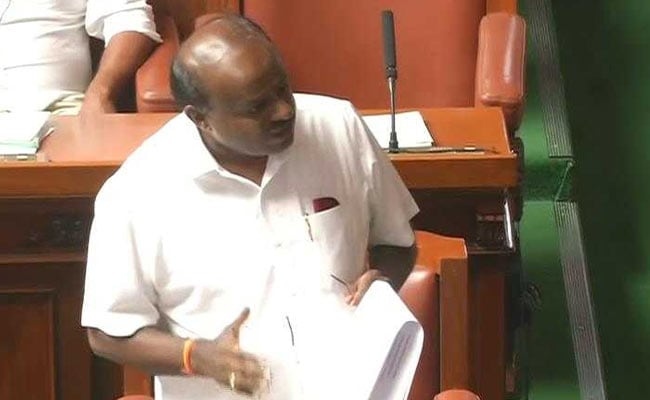 Bengaluru:  Karnataka Chief Minister HD Kumaraswamy, moving a motion for a trust vote, said today that his government had faced many hurdles but he was confident of winning the test of strength. The Congress-Janata Dal Secular coalition is on the verge of collapse after the resignation of 16 legislators and two independents pulling their support earlier this month. A prominent Congress rebel, Ramalinga Reddy, was present in the house, indicating that he was back in the fold, but it doesn’t make any difference to the coalition’s precarious position.
Here are the top 10 developments in the Karnataka trust vote
", "Seems To Be In Hurry, BJP