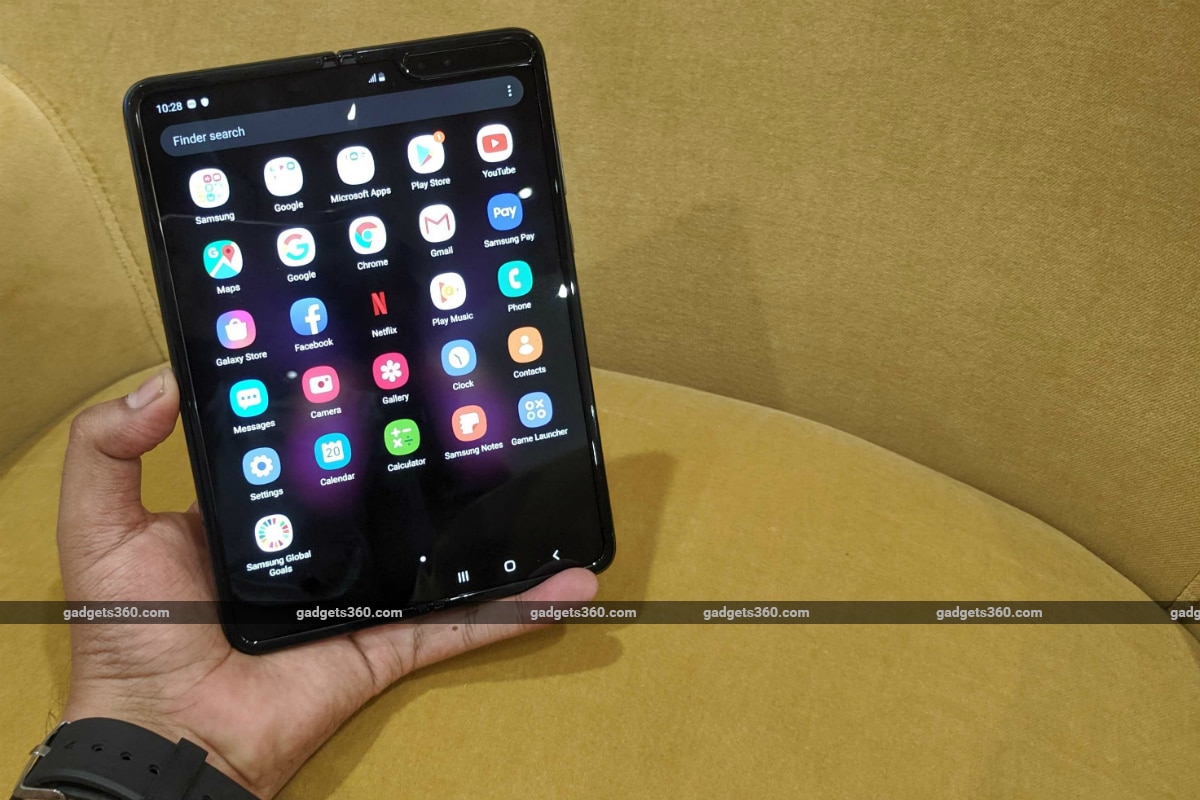 Samsung Galaxy Fold can be transformed into a tablet-like device

Samsung Galaxy Fold has been officially launched in India. With the formal debut, the Galaxy Fold has emerged as the first foldable Android smartphone in the Indian market. The smartphone, which was originally unveiled back in February, initially faced criticism from early reviewers for its flimsy design. Nevertheless, Samsung made some improvements to the original model and fixed the initial design flaws ahead of the commercial launch of the Galaxy Fold. The USP of the latest Samsung phone is the foldable display that allows users to transform it into a tablet-like device. But other key highlights of the Galaxy Fold include a total of six cameras — with a triple camera setup at the back, 21:9 secondary display, and 512GB of onboard storage.

The Samsung Galaxy Fold price in India is set at Rs. 1,64,999 for the lone 12GB RAM + 512GB storage variant. The phone comes in Cosmos Black colour option and includes the Galaxy Fold Premier Service with one-on-one assistance with a Fold Concierge and one-year accidental damage protection as well as one-time free screen replacement. Moreover, it comes bundled with the Samsung Galaxy Buds headphones.

Samsung will start taking pre-bookings for the Galaxy Fold in India from Friday, October 4, while its shipments will begin from October 20. The pre-bookings will take place online through the Samsung eShop and offline in 35 cities across select 315 outlets, including the Samsung Opera House in Bengaluru