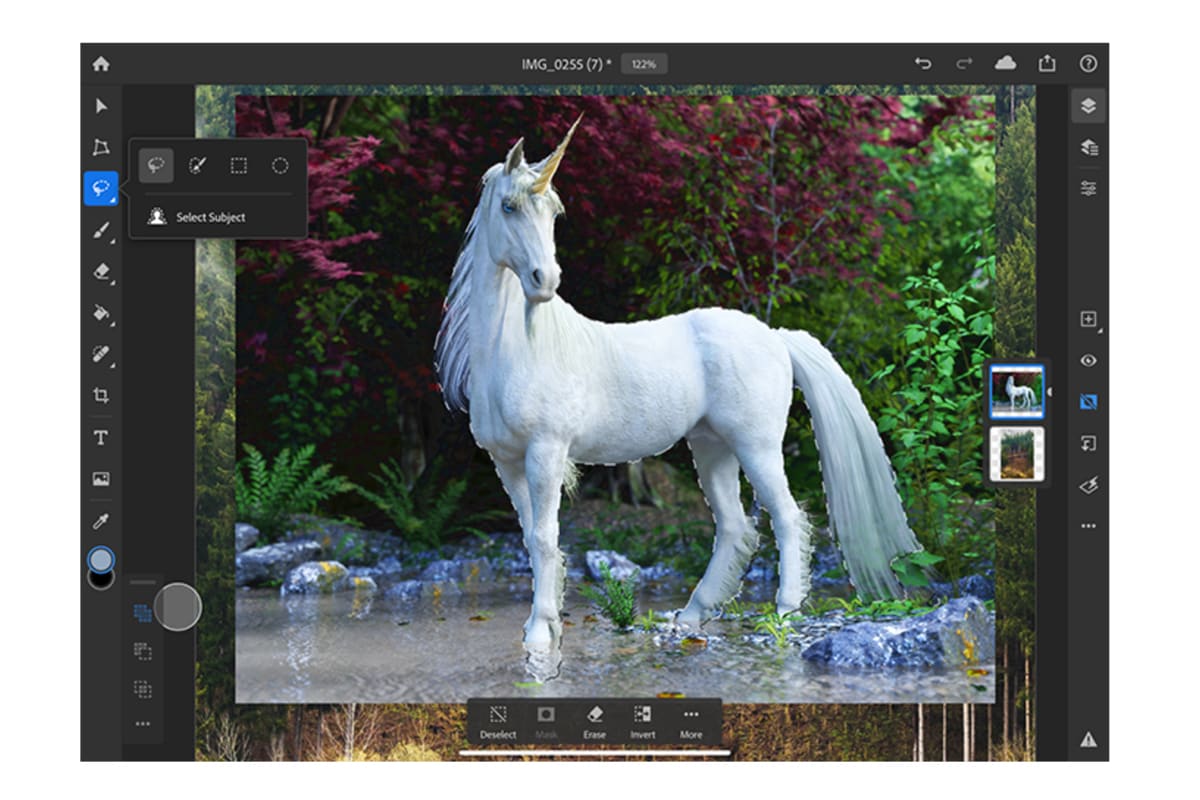 Adobe generated a lot of high expectations when it announced that it will bring Photoshop to the iPad last year. At this year’s Adobe Max conference, the company shipped the first version of Photoshop for iPad with a set of core Photoshop features. The much-anticipated app faced backlash online, with users reporting that the app was still missing a lot of key features. Adobe is now promising a bunch of new features coming to Photoshop on the iPad next year.

Pam Clark, product manager for Photoshop at Adobe, wrote in a blog post that the company takes user feedback “very seriously”. Clark further iterates that Adobe’s aim with the first version of Photoshop for iPad was essentially bringing core features such as compositing, masking, and retouching to iPad users.

Adobe plans to add a new subject selection tool to Photoshop for iPad by the end of 2019. This tool will be powered by Adobe’s Sensei machine learning technology. The company also plans to make Cloud PSD synchronization faster by pushing an update to the app before the end of this year. In the first half of 2020, Adobe will add a bunch of new features along with Lightroom integration to the app.

Some of the features coming to Photoshop for iPad in the first half of 2020 include Refine Edge, Curves, adjustment layer options, brush sensitivity and rotate canvas, and Lightroom integration. The integration will enable users to process raw images in Lightroom premium right on their iPad, and then work on them in Photoshop.

At Adobe Max 2019, the company reiterated how Photoshop for iPad uses the same codebase as the desktop app and offers a way to synchronise files across devices and users. However, the push for ‘real Photoshop’ raised expectations so high that the company was bound to receive some sort of negative reviews online.

Adobe’s chief product officer, Scott Belsky, took to Twitter after Max 2019, claiming these early reviews were ‘painful’. He further added, “If you try to make everybody happy w/ a v1, you’ll either never ship or make nobody happy.” During the keynote, Adobe representatives made it clear that the first version of Photoshop for iPad is just the starting point for the company’s efforts to bring its apps to tablet users.