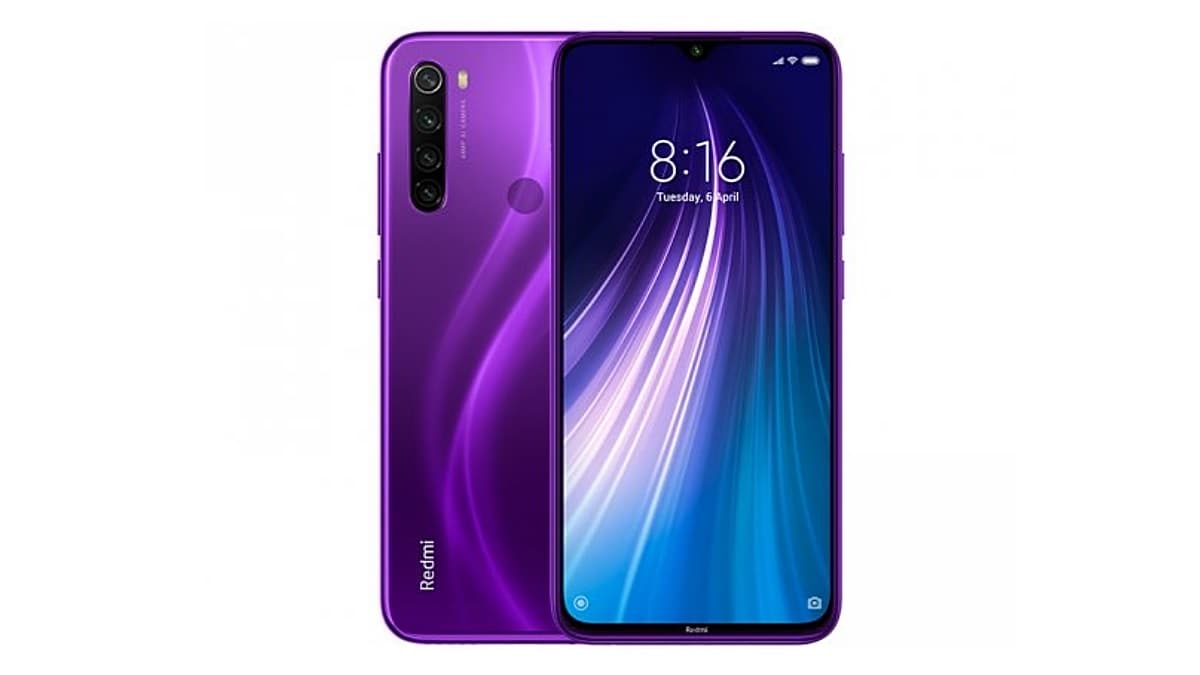 Highlights
In This Article

The official Redmi India Twitter handle officially lifted the covers from the Redmi Note 8’s Cosmic Purple via a tweet earlier today, accompanied by a short product video. The first sale of Redmi Note 8 flaunting the new paintjob will be conducted on November 29 and it is scheduled to start at 12pm (noon) IST. It will be available from both Mi.com and Amazon in India. The Redmi Note 8 Cosmic Purple variant’s first sale will coincide with the start of Xiaomi’s Black Friday Sale, which is set to start on November 29 and will go through December 2.

Redmi Note 8 starts at Rs. 9,999 for the 4GB RAM 64GB storage variant in India, and goes up to Rs. 12,999 for the 6GB 128GB model. In addition to the new Cosmic Purple colour option, it also comes in Moonlight White, Neptune Blue, and Space Black variants. The phone’s Cosmic Purple variant will be available from Mi.com and Amazon starting 12pm (noon) on November 29 with some offers in tow.

The Redmi Note 8 runs Android 9 Pie with the MIUI 10 custom skin on top. It features a 6.39-inch full-HD (1080×2280 pixels) display with 19:9 aspect ratio and a waterdrop notch at the top. The budget Xiaomi phone draws power from the octa-core Qualcomm Snapdragon 665 SoC, paired with up to 6GB of RAM.

In the imaging department, Redmi Note 8’s quad rear camera setup includes a 48-megapixel primary camera, assisted by an 8-megapixel wide-angle snapper, a 2-megapixel depth sensor, and a 2-megapixel macro lens. On the front is a 13-megapixel camera with an f/2.0 lens to handle selfies and video calls. Redmi Note 8 comes equipped with a 4,000mAh battery that supports 18W fast charging.

« Cyber Monday Is Usurping Black Friday and Changing the Way Retailers Offer Discounts in the US
TikTok: ByteDance Said to Move to Ringfence the App Amid US Probe »