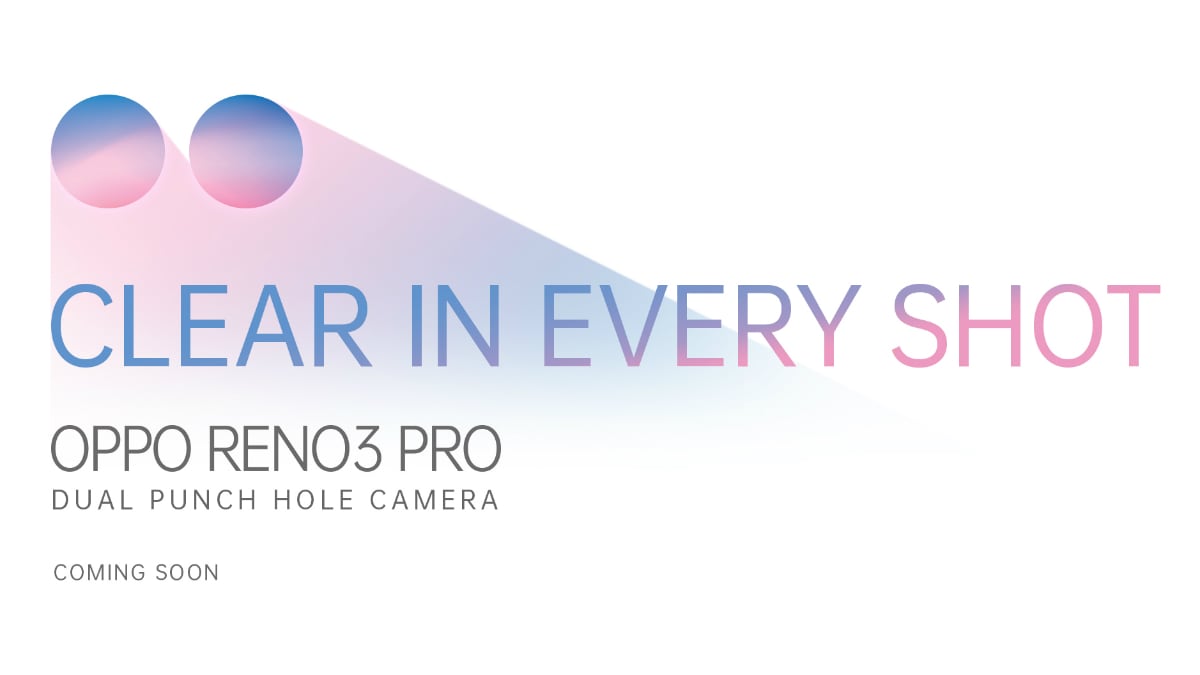 HIGHLIGHTS
IN THIS ARTICLE

Oppo Reno 3 Pro India launch has been teased through Amazon and Flipkart. The new Oppo phone is set to debut in the Indian market with a dual hole-punch selfie camera setup. Originally, the Oppo Reno 3 Pro was launched in China late last year in a 5G variant, while its India model recently gets an official confirmation with only 4G support. The smartphone is also touted to come to the country with some “Expert Camera credentials”. The presence of the dual hole-punch camera on the Oppo Reno 3 Pro would help provide bokeh effect to selfies.

The India version of the Oppo Reno 3 Pro will come with a Binocular Bokeh Effect that will produce sharp edges along with a gradient background. Earlier this week, Tasleem Arif, Vice President and India R&D Head of Oppo, revealed the launch of the Reno 3 Pro and highlighted its Expert Camera credentials. Arif through his tweet also stated that the new phone would debut with 4G specifications in India — unlike the China version of the Reno 3 Pro that has 5G support out-of-the-box.

Alongside the teasers available on Amazon and Flipkart, the Oppo India website also carries a listing with identical teaser images and text. A video starring Bollywood actor Vidyut Jammwal has also been posted on the Oppo India YouTube channel to put an emphasis on the dual selfie camera of the Reno 3 Pro.

A recent report suggesting the dual hole-punch selfie camera on the Oppo Reno 3 Pro claimed that the phone would come with a 44-megapixel primary sensor. It is also speculated to launch in the country as early as this month.