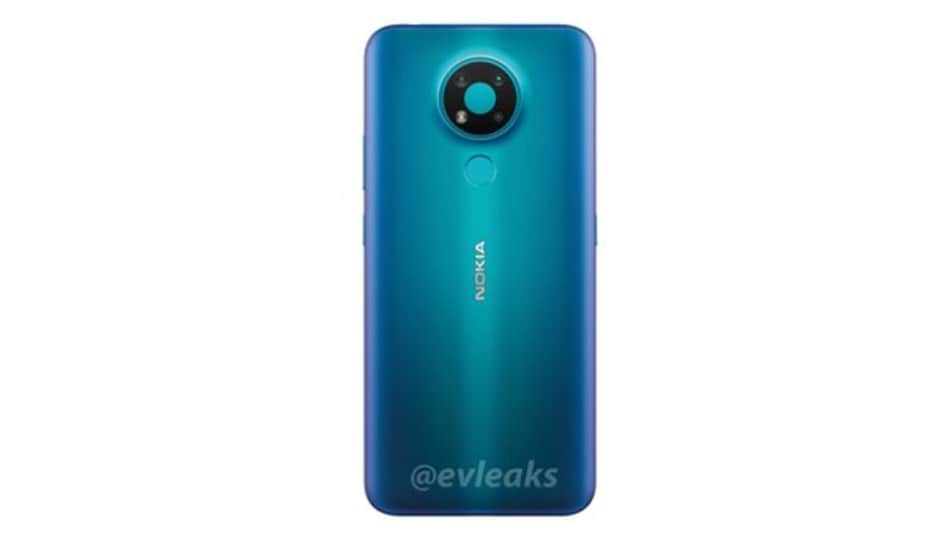 Nokia 3.4 has surfaced in another leaked render, further cementing the design suggested in previous leaks. The official-looking press render of the upcoming smartphone was posted on Twitter by reliable tipster Evan Blass. The blue colour variant of smartphone is seen with a circular camera module with an LED flash and a 3.5mm headphone jack located at the top. HMD Global was expected to announce the Nokia 3.4 at the recently concluded IFA 2020 but that didn’t happen. There is no word on Nokia 3.4 launch right now.

Tipster Evan Blass posted the Nokia 3.4 render on Twitter, showcasing the ‘evolution of the Nokia 3 series.’ The Nokia 3.4 official-looking render looks almost the same as the render that was leaked by Nokia tipster Hikari Calyx last week.

The Nokia 3.4, code-named DoctorStrange, is seen with a fingerprint sensor at the back of the phone, below the circular camera module. The power button and volume controls are present on the right side of the phone in the render. The button on the left side of the Nokia 3.4 could be the dedicated Google Assistant button.

The upcoming phone by HMD Global will have a punch hole display, with an HD+ resolution, as per previous leaks.

Nokia 3.4 was also allegedly spotted on Geekbench recently, suggesting the possible specifications of the phone. Nokia 3.4 is expected to be powered by Snapdragon 460 SoC, paired with 3GB of RAM. Reports suggest that the smartphone may sport a 6.5-inch HD+ display and have 19:9 aspect ratio.