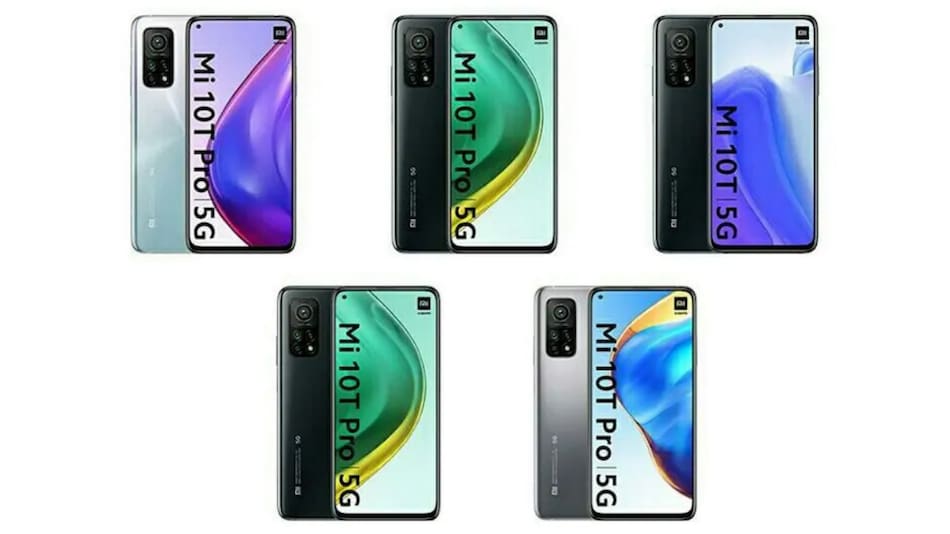 Xiaomi Mi 10T 5G and Mi 10T Pro 5G specifications have been leaked. According to a Spanish blog, both the smartphones will come equipped with Qualcomm Snapdragon 865 SoC and feature same number of cameras and battery capacity. The major difference is claimed to be on the primary camera and RAM front, where the Pro variant is said to come equipped with a 108-megapixel image sensor, instead of a 64-megapixel sensor of the Xiaomi Mi 10T 5G. Also, the non-Pro variant is tipped to ship with 6GB of RAM.

According to Spanish blog MuyComputer, the Xiaomi Mi 10T Pro 5G as well as the Mi 10T 5G will come with Qualcomm Snapdragon 865 SoC and not Snapdragon 865+, allegedly because the former is more affordable than the latter that will eventually allow Xiaomi to keep the prices of the smartphones lower. The report also says that the Mi 10T 5G will be similar to its Pro sibling but will save cost in terms of RAM and camera sensors to price it below the Pro version. The news comes a few days after the alleged renders of the smartphones were leaked on the Internet.

The Xiaomi Mi 10T Pro 5G is claimed to come with a 6.67-inch IPS display with 1,080×2,340 pixels resolution and 144Hz refresh rate. Under the hood, it is said to be powered with Qualcomm Snapdragon 865 SoC, coupled with Adreno 650 GPU. The phone is tipped to come equipped with 8GB of RAM and 128GB/ 256GB of onboard storage. The fingerprint sensor is said to be integrated on the side.

Apart from the cameras and RAM, the Xiaomi Mi 10T 5G is expected to carry the same specifications as the Mi 10T Pro 5G. It may also come with a 6.67-inch IPS display with 1,080×2,340 pixels resolution and 144Hz refresh rate. It is said to be powered by Qualcomm Snapdragon 865 SoC, paired with Adreno 650 GPU and may come with 6GB of RAM. For photography, the phone is said to use a 64-megapixel main camera and the other sensors are said to be exactly the same as the Pro variant. It may be priced at EUR 550 (roughly Rs. 47,700).