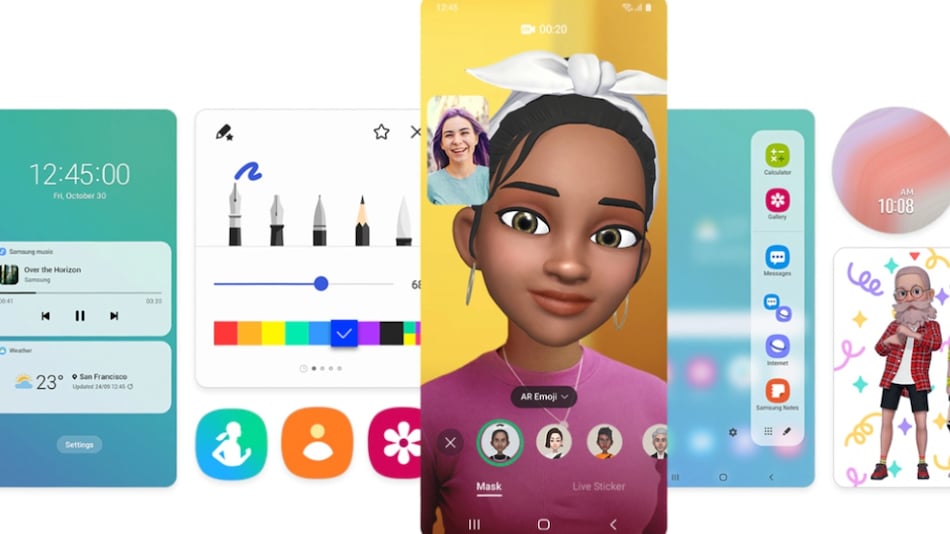 Samsung has highlighted some key features of One UI 3.0 on its Malaysian website. It will include an improved lock screen, full-screen calls, and an enhanced Quick panel. The South Korean tech giant has been testing One UI 3.0, based on Android 11, for the past couple of weeks. As per the website, One UI 3.0 may be launched this month or soon after. Samsung Galaxy S20 received One UI 3.0 with Android 11 as a developer beta recently, and now Samsung has updated its website to include features of the upcoming user interface.

One UI 3.0 will provide a simpler, more convenient experience, as per Samsung. One UI 3.0 will have an enhanced Quick panel that will let users switch back and forth between their music and videos. The notification panel will provide more information at a glance, even when the phone is locked. It will also support full-screen calls.

Samsung is upgrading the lock screen to allow more customisations. There will be ten categories of high-quality images users can pick from for the lock screen, an upgrade from the five available with One UI 2.5, that can show a different image each time the phone is unlocked. This feature will also be available for Galaxy Tab devices in One UI 3.0.

The Good Lock app, that lets users personalise their devices in more ways, is also getting improvements. With Wonderland, users will be able to create their own moving wallpapers that will respond when you move your phone. Pentastic, that is only available on Galaxy Note 20, will let users customise S Pen Air commands, the Pointer, and the sound settings.

One UI will be optimised for Galaxy Z Fold 2 – apps will adjust to the main screen when unfolded, and vice versa. Dual Preview and Rear Cam Selfie features, already available on Galaxy Z Fold 2, will be available for Galaxy Fold as well, with the One UI 3.0 upgrade.

These are only some of the changes that can be expected with One UI 3.0 that also promises an overall improved experience. It will be based on Android 11 that is already rolling out to some devices and comes with its own features and updates. Samsung started the One UI 3.0 Android 11 public beta programme a few weeks ago and has been focusing its testing on the Galaxy S20 series.