In a summary, Twitter said hashtag #Covid19 and other variations were tweeted nearly 400 million times

The coronavirus pandemic and the Black Lives Matter movement topped the list of conversation topics on Twitter in a tumultuous year, the messaging platform said Monday.

In a summary of trends, Twitter said the hashtag #Covid19 and other variations were tweeted nearly 400 million times, while #StayHome was the third biggest hashtag of the year.

The number two hashtag of 2020 was #BlackLivesMatter, which spread worldwide after the  death of George Floyd at the hands of police in Minneapolis, according to Twitter.

“Over 700 million Tweets were sent in 2020 about elections around the world and Donald Trump, Joe Biden, Barack Obama, Narendra Modi and Kamala Harris were among the most Tweeted-about global figures.” 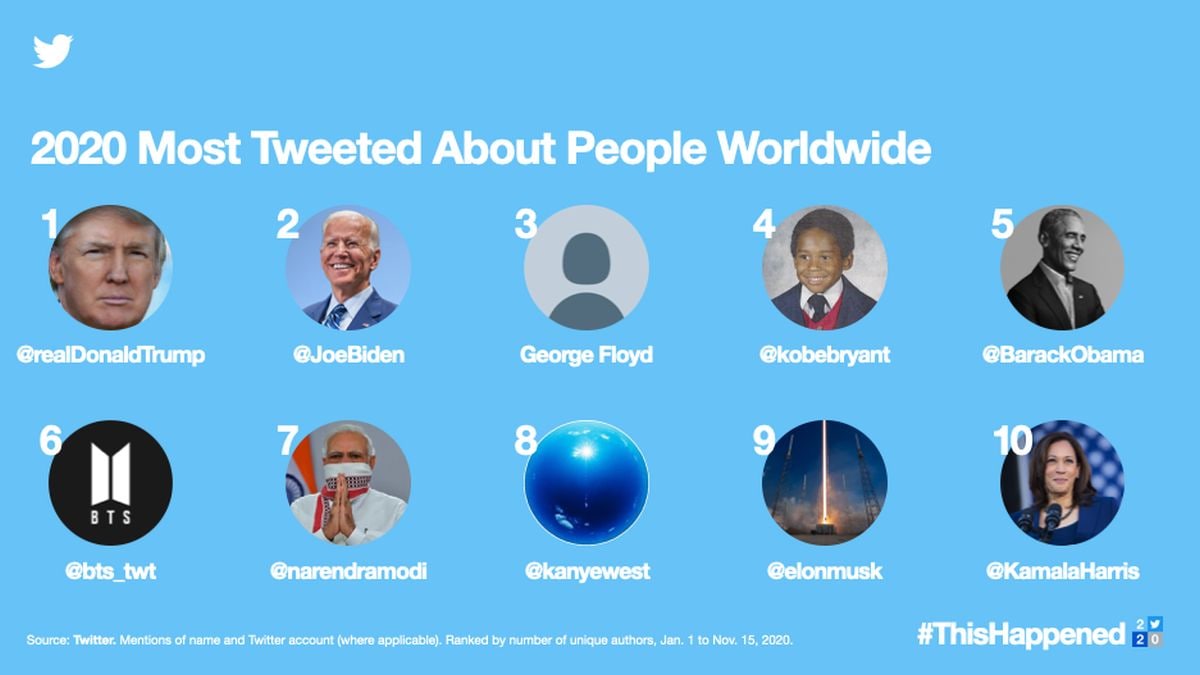 The most retweeted message was the announcement of the death of Chadwick Boseman, star of the ground-breaking superhero movie Black Panther, in August.

Tweeted by the actor’s family with his account, the message garnered 7.5 million likes, the most all-time, and 2.1 million retweets.

Bryant’s death made his former Los Angeles Lakers team the most tweeted-about sports team followed by Manchester United and FC Barcelona. But the NFL’s Super Bowl LIV was the top sports event on Twitter this year.