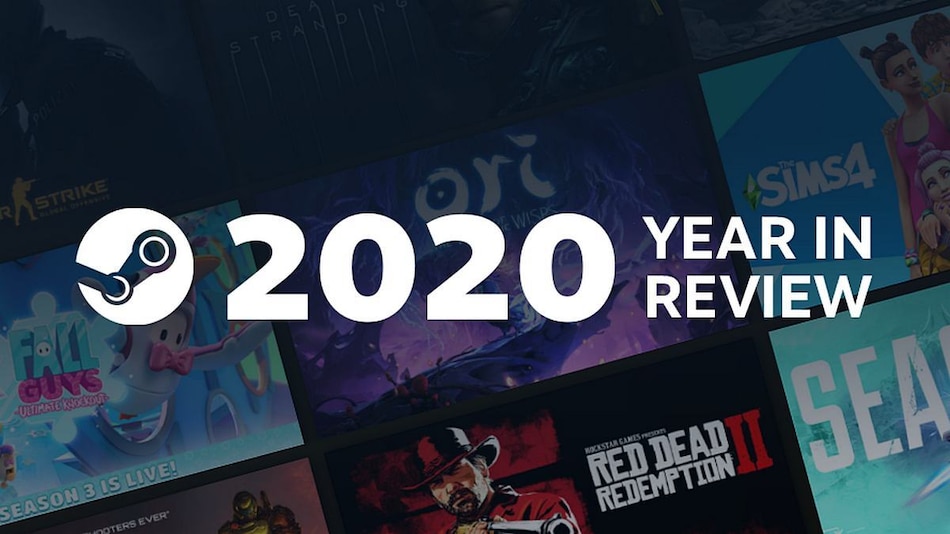 Steam Year in Review for 2020 shows 21.4 percent more games were purchased compared to 2019 and the total amount of playtime doubled in 2020. With the coronavirus pandemic having forced people to stay inside their homes for most of last year, more and more people gravitated towards video games, be it on their smartphones,l consoles, or PCs. Valve’s Year in Review for Steam shows just that, along with some interesting statistics showing significant increase in engagement on the platform.

The 2020 Year in Review for Steam shows there were 120 million active players on the platform per month in the year. With these many players dedicatedly playing video games, the overall hours invested increased by 50.7 percent compared to 2019. 21.4 percent more games were purchased during 2020 from Steam and there were 2.6 million first time purchases monthly.

There were the usual multiple seasonal sales organised by Steam last year and the major ones – Summer, Autumn, and Winter were “record breaking in terms of revenue generated for developers and publishers,” according to the official blog post. Compared to Winter Sale of 2019, 2020 saw a 36 percent increase in the number of games that grossed more than $100,000 (roughly Rs. 73 lakh).

Last year, Steam also launched the Steam Points programme that rewards users for buying games and engaging with the community. Till now, 99 million items including animated backgrounds, avatars, frames, and more have been redeemed by 15.5 million users.

Coming to SteamVR, the platform saw 71 percent more revenue and a 30 percent increase in playtime for VR games. There were 104 million SteamVR sessions with 1.7 million users experiencing SteamVR for the first time.

Valve recently released its list of ‘Best Games of 2020′ on Steam and the top 12 selling games of 2020 in the platinum category include Playerunknown’s Battlegrounds, Fall Guys: Ultimate Knockout, Among Us, Cyberpunk 2077, Doom Eternal, Monster Hunter World, and Red Dead Redemption 2, among others.